One of the compelling aspects of the Jantar Mantar instruments are the inscribed surfaces from which the instruments derive their extreme precision. In the years since their construction, The observatories have suffered the damaging effects of weather, vandalism, and even warfare, and as a result each has at one time or another undergone a restoration. The first restorations were in Delhi and Jaipur in 1852 and 1876 respectively. Major restorations of the four extant observatories occurred between 1901 and 1923 under the direction of Gokul Chand Bhavan. During these restorations, changes were introduced. For example, the Western system of hours, minutes, and seconds replaced the Hindu system of time measurement on some of the instrument scales. The beautiful marble surfaces at Jaipur were added in 1945 to replace the deteriorating plaster scales of the 1901 restoration. 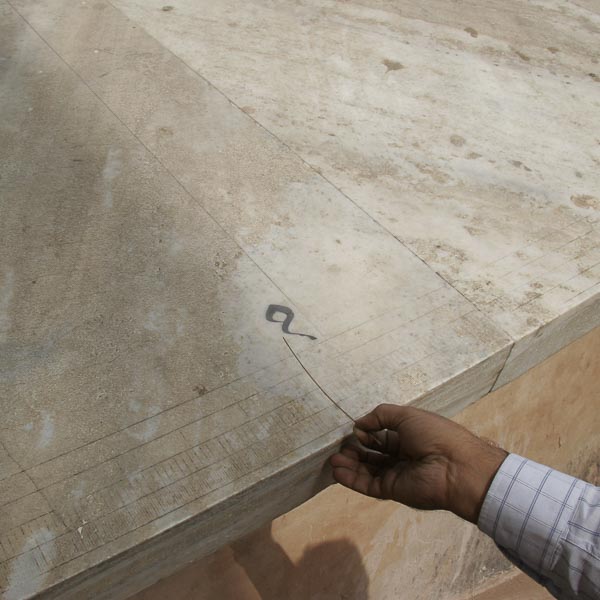 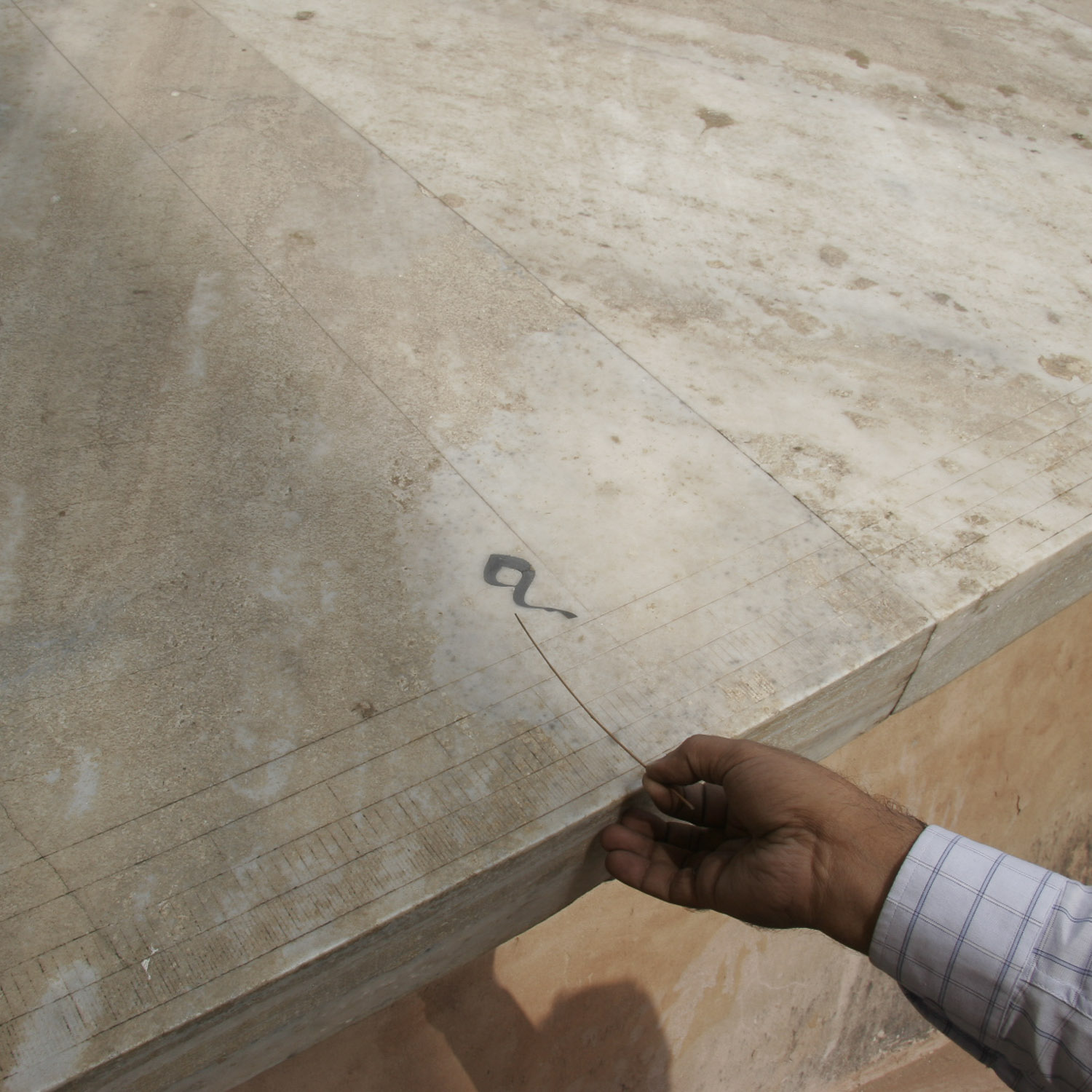 Determining time on the quadrant of the Great Samrat Yantra at the Jaipur observatory. The thin twig casts a shadow within the penumbra of the large shadow from the gnomon. As the twig is moved from side to side, there is a point at which its shadow suddenly disappears. This indicates the precise center of the larger shadow, enabling a high degree of precision. The scale is marked with divisions for (beginning at the top) hours, minutes, 6 seconds, and 2 seconds.