Observatories with large masonry instruments such as in the Jantar Mantar are unusual anywhere in the world. Anisha Shekhar Mukerji Jantar Mantar: Maharaja Jai Singh’s Observatory in Delhi

One of the remarkable aspects of Jai Singh’s observatories is that each site is distinctly different in size, layout, and style. While the instruments he designed are essentially the same in principle, the versions at different sites vary in size, materials, and construction.

The observatories at Delhi and Jaipur are the best known and most visited, since they are within major tourist destinations. They also feature the largest versions of the instruments Jai Singh built, and the Jaipur observatory houses the greatest number and variety of instruments. 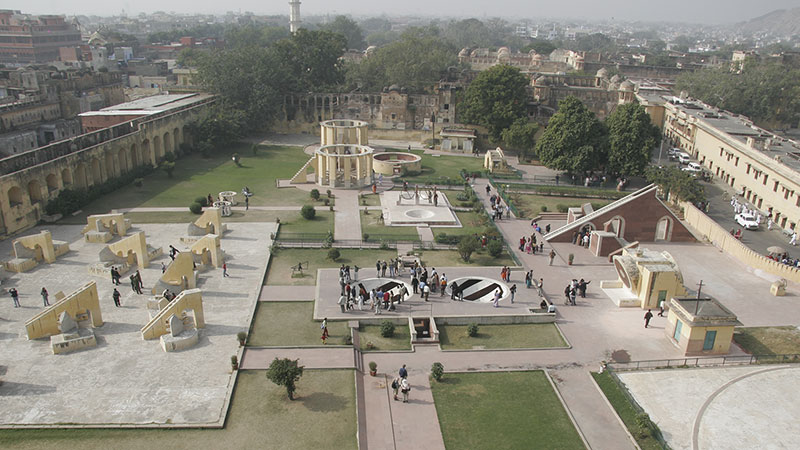 The observatory at Jaipur, view from the top of the Samrat Yantra. In the foreground are from left: the Rasivalayas, Jai Prakash pair, and small Samrat Yantra